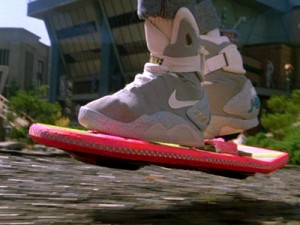 Today, people are watching less prime-time television. With Netflix and Hulu readily available, people are relying less and less on cable or satellite to get their entertainment and way more on the Internet. What does this mean in the grand scheme of things for advertisers?

It means commercials are not nearly as important as product placement.

Think about it. One study done by Marketing Charts showed that college students don’t get nearly as much access to DVR away from home than they did at home (where do they spend most of their time? That’s right–the dorms). Even Forbes came out with an article claiming Netflix has more viewers than any single cable network. Period.

With fewer commercials getting seen while people are watching their shows (and Americans spend an average of 34 hours in front of TVs) how are advertisers going to get their brands and their products noticed?

Not a single show or movie you watch hasn’t had millions of dollars poured into it for product placement. Think about it next time you turn on your TV, whether you’re watching standard cable or hooked into Netflix. Someone, somewhere, has paid to put their name in that show.

If you aren’t noticing, they aren’t doing their jobs right.