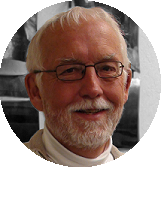 Founder & CEO, Board of Directors

Norman has founded nine successful startups in the past thirty years, raising their annual revenue to over $100 million each. He has raised over $250 million in startup funding to get the ball rolling and has executive management experience in several fields, including cutting edge innovations in retail, technology, manufacturing, and international business development. Norman has started many successful joint ventures in Hong Kong, Thailand, and China–the average annual growth of which was 1500%. Now, Norman has VizKinect™ in his hands as his next successful business project. 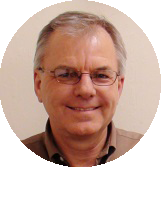 COO, Board of Directors

Ky co-founded and sits on the Board of Advisors for a business incubator in Northern Nevada called C4CUBE (Center for Unique Business Enterprises) and an on-going business development and consulting company called iN3 Partners that focuses on entrepreneurs and early stage growth companies. Ky currently serves in varying management positions for several companies. Ky has also held executive and corporate officer roles for several startups and five years of sales and marketing experience for high tech firms. He brings significant expertise in eye tracking technology, U.S. and International business development, entrepreneurship, and applied engineering to the VizKinect™ team as the Sales and Marketing Executive.

Kris comes from a long lineage of media professionals and has been working with media professionally for over 15 years. He owns The ZAP Lab, a company that produces a Reno television show, three national shows, and commercials for local clients and consults on brand management and marketing. He also owns several companies that use television, Internet, and social media to drive their sales.

Constance (Connie) is currently on the audit committee of BayCare Health Systems and on the board of Ivis Technology. She consults PricewaterhouseCoopers on its off-shore strategy in India. She also served on the 18-member elected Board of and served as the Tax Strategy Leader for U.S. Partners and Principals. Connie has over thirty years of experience working with public and private companies.

Charles is president emeritus of John F. Kennedy University, one of the co-founders of the Association for the Advancement of Sustainability in Higher Education, and a member of the Board of Advisors for C4CUBE. For over 20 years he has been actively involved in the evaluation, participation, and investment in biotech and other start up companies.

Robert (Bob) is best known for his groundbreaking work in communications, entertainment, information, and management technologies. He is the inventor and patent owner of over 150 issues U.S. and international patents. He is currently chairman of the Advanced Technology Committee of the National Energy Marketers Association.

Robert (Bob) spent 16 years working in foreign countries as an executive and field intelligence officer with the Central Intelligence Agency. For eight years, he held various positions at a private university in the Bay area and has been a managing director of C4CUBE since 2008. Bob also founded the Global Resource Center and the Center for Entrepreneurship and co-founded 425 Launch.

Paul Sidlo is widely-recognized as one of the pioneers in the field of computer graphics and 3-D animation and has been a producer, director and designer for over twenty years. His work has earned him numerous awards, including nine Emmys. He is Founder, CEO and Senior Creative Director of REZN8, a leading company in conceptualizing, designing and producing high-end graphics, multi-media branding and graphic image systems aimed to build/promote a brand by creating lasting relationships between the message and the viewer.

Richard has 24 years of experience in the consumer product and retail industries. Currently a marketing executive, he has held key leadership positions with HP, Sears, Proctor & Gamble, Alberto-Culver Co., and Reflect.com. He has experience in the U.S. and abroad as a manufacturer and retailer.

Matthew has been the director and senior researcher for the Healthcare R&D and vice president for the Live Well Collaborative for over seven years and has been with the company for a total of sixteen years.

John has over 30 years of experience as an adviser, consultant and interim manager for growth companies in the areas of financing, business strategy, sales and marketing, customer acquisition, and business development. He has founded a startup networking group and a private equity investor group as well as worked at the executive level for companies such as Makeadeal.co, Zortal, PureSense, Supply Masters Systems, JMC Telecom, and much more.

Stacy is the president and founder of Olympian Gaming, LLC and has over a decade of professional gaming experience. He was the Silicon Gaming mathematician and has consulted as a game designer and mathematical analyst. He has a computer science degree from Harvard University.

Gary, formerly a CEO, division head, and board member is the current CEO and founder of JuiceHounds, Inc a business coaching firm for fast growing companies. Gary has experience with startups and companies in many industries with a software-as-a-service business model. Gary founded BISNet in 1997, a software-as-a-service company, which successfully sold in 2005 and in 2008.